Today not only ends the year but also (putting debates aside) the decade.  Before I reflect on this last year, I wanted to also take a look back at this last decade.

I began the previous decade (the 00's) as still a teenager, soon to graduate from high school and ready to set out for college, and I ended it by getting married and with receiving my Ph.D.  That amounted to a lot of personal, academic, and professional change and growth.

This decade (the 10's), I also feel I have a lot to be thankful for and frankly proud of.  In the last ten years, my wife and I had (and have been raising) two wonderful kids; we moved to Atlanta then to Chicago (where we bought a house); I completed two postdoctoral positions (one at Yahoo! Research NY and one at ARC at Georgia Tech); I got a tenure-track faculty job at UIC (and then tenure) and took my first sabbatical (at Northwestern); I obtained some interesting (at least to me!) results with fantastic collaborators and in the process (co-)authored about 30 papers; I mentored 6 amazing Ph.D. students and postdocs; and I incorporated the non-profit AALT and remain very active with it.

It feels strangely self-congratulatory, but I think it's good to reflect on one's life and achievements on occasion, and the end of a decade is not a bad time.  In sum, I consider myself quite fortunate, and I look forward to the adventures and opportunities the next decade will bring! 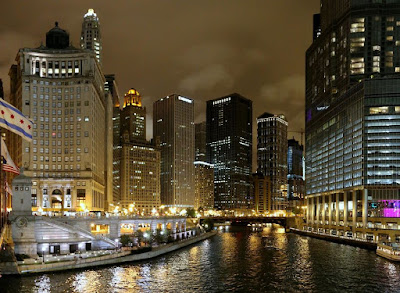 A photo I took of downtown Chicago, the city I've come to call home this last decade.

Now, on to some 2019 highlights, where I cannot seem but help to delve into some of the latest controversies: