The Legacy of Martin Gardner

You may have heard that Martin Gardner passed away a couple days ago at the age of 95. Martin Gardner was perhaps the most famous creator of recreational mathematics. His books, columns, and articles made math fun and accessible to many. 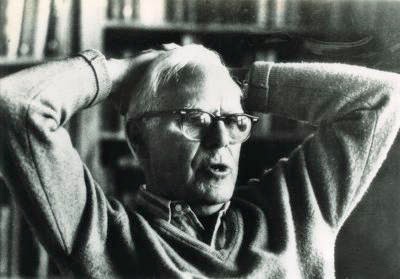 Martin Gardner was best known for his Mathematical Games column in Scientific American from 1956 to 1981. He stopped writing the column before I was even born, but others carried on his legacy. In the 1980s Douglas Hofstadter (the famous author of GEB) took over with with his Metamagical Themas column, and afterwards Ian Stewart (a professional mathematician) continued the tradition with Mathematical Recreations.

Ian Stewart's wonderful column ran from 1990 to 2001, when I was just the right age to become hooked -- I probably read every one of Ian Stewart's articles after 1995. When I got to college, some of my friends pointed me to the earlier columns of Martin Gardner, and I quickly became a fan. It was not hard to me to see why Ron Graham said of him, "Martin has turned thousands of children into mathematicians and thousands of mathematicians into children." I'm sure that I owe some of my love for puzzles to Martin Gardner's legacy, and I was very sad to hear of his passing.

It would only be appropriate to end this post with a puzzle. Martin Gardner really liked this one and named it the "Impossible Puzzle."

The following conversation now takes place:
What are these numbers?


No cheating! I will update this post with the solution in a couple days.

A good memorial and an obituary of Martin Gardner.

Update (5/30/10): The answer is that the two numbers are 4 and 13. I might have written up a solution if good ones (including Martin Gardner's) didn't appear here.
Posted by Lev Reyzin at 3:33 PM