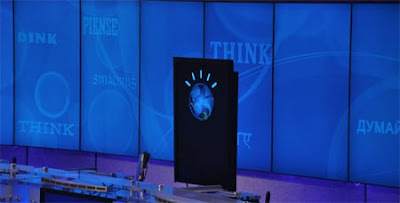 The image is of IBM's Watson Avatar and taken from Wikipedia.  It is posted for commentary under "fair use."
Posted by Lev Reyzin at 9:56 PM