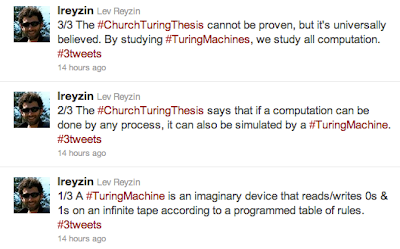 Sean Carroll also blogged about this.
Posted by Lev Reyzin at 1:39 PM